This is the first of a six-part series discussing how businesses using Microsoft Dynamics 365 Business Central can leverage ForNav tools to streamline reporting processes for generating key performance indicators to analyze their financial health.

I’ve worked in the Dynamics NAV/Business Central channel since 2005, and during that time I upgraded more databases than I can count. Two of the most important factors to consider when performing an upgrade are timing and cost. Cost (obviously) being chief among those concerns. And since the inception of the Role-Tailored Client (RTC) in 2009, the cost of converting reports following an upgrade has increased exponentially.

Prior to the RTC, you could work strictly with the “classic” style of reporting. In most cases, converting a classic report was as simple as converting the object’s executable and plugging it into the new version.

But with the advent of the RTC, you must now convert reports to the Microsoft Report Definition Language Client (RDLC). This means having a new dataset structure, and more importantly, a much more complex layout type. The difference between classic and RDLC reports is quite literally as dramatic as night is from day.

Virtually nothing is the same!

Using the classic style of report writing in NAV, it was generally easy for non-technical end-users to design simple (and sometimes even complex) reports on their own. When it comes to RDLC, however, a significant amount of training and technical understanding is required. This limits what end-users can do without the help of a developer.

More importantly, classic reports can no longer simply be upgraded by converting executables. They must now be re-written in RDLC, which can be somewhat complex—even for experienced developers.

This means a report that could have been upgraded to a newer classic version instantly now takes anywhere from 4 to 12 hours (a very rough estimate). That’s because it must be re-written using the new dataset and the layout format inherent to RDLC. So for a simple database with 40 custom reports, you are looking at a cost of roughly 160-480 hours at whatever your partner’s billable rate is—just to convert reports!

Some might argue, “This is outrageous!” And they would be right. There is absolutely no reason it should take this much time to convert something so critical to a business infrastructure when it used to be virtually free.

We’ve heard that same argument here at Western Computer time and time again. RDLC reporting is a major pain point for all of us, and Microsoft hasn’t done much to help. Even with the introduction of Business Central, you are still forced to convert classic reports.

Fortunately, ForNAV answered the call. They understood reporting was a choke point in the conversion process for clients and partners alike, and they developed elegant and workable solutions to the problem. This includes the Classic Report Conversion Tool, which I have used regularly over the last couple of years to decrease the cost of reporting significantly.

In short, this tool allows us to take one or more classic reports, run them through a proprietary converter, and come away with reports that can be installed in an upgraded, non-classic database—almost instantly. I’ve used it with every version—from NAV 2013 all the way through Business Central V. 17—and have been consistently impressed by how well it works.

Drops Cost of Report Conversions Up to 90 Percent

There is a small learning curve to get adjusted to the features of the Classic Report Conversion Tool, particularly the installation and set-up for the later cloud versions of Business Central. But once you are squared away on that front, this tool is about as seamless as they come.

I’ve used it in situations where we had only a handful of reports to convert and others where we had between 20 and 50 reports. In every single case, it dropped the cost of the report conversion by about 75 to 90 percent across the board. Sometimes even more!

This means instead of a 160-480 hour job (using an average of 82.5% based on the margins that I alluded to earlier), we’re looking at only 28-84 hours to convert reports. This is generally a much easier cost to swallow. It also opens up the door for discussions about converting the database and maintaining a budget.

Where Do the Saved Extra Hours Come From?

You may be asking…if converting reports with ForNAV is instantaneous, where do those extra hours come from? That’s a good question!

As a result, you have to make adjustments to the report logic to accommodate the new database structure. This is generally where you spend the bulk of your time after converting a report. It’s also something I will go into in much greater detail later in this series. For this introductory article, I simply want to focus on what ForNAV is and the benefit it provides.

Coming Attractions on How to Use ForNAV

Looking ahead to the rest of this series, we will discuss using ForNAV tools and cover the following topics in detail:

Thanks for reading! Hopefully, this series will answer more questions than it creates.

In the meantime, if you have any questions about Business Central or ForNAV, feel free to reach out to me at info@westerncomputer.com. 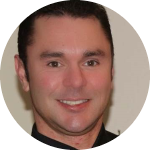 With a focus on the technical and functional aspects of Dynamics 365 Business Central, Justin Arnold has worked for Western Computer since 2016. He leverages his experience in advanced design, report development, and integration techniques to create custom software solutions, and his broad product knowledge and consulting experience include providing customized customer training and mentoring junior developers. Based in Oregon, Justin has managed nearly 30 ERP and financial software system upgrades during his 15+ year career. 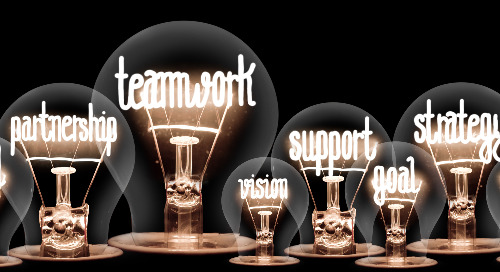 5 Reasons Your Microsoft Support Partner Should Know Your Industry

Does your Microsoft support partner have the industry expertise you need? Learn 5 reasons why it’s so criti... 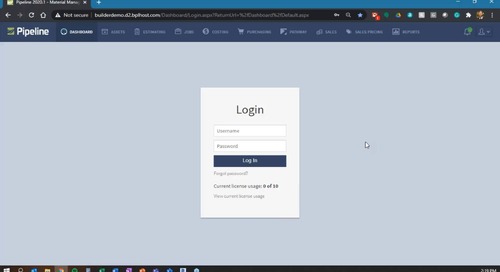 Are you ready to order your subscription of Dynamics 365 Business Central? 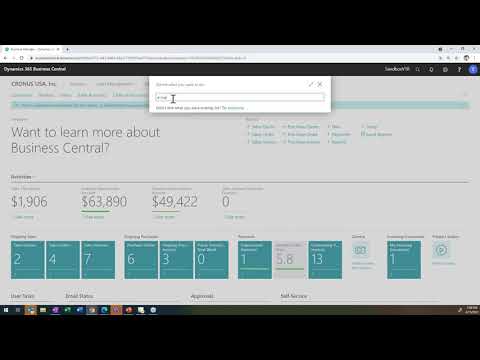 Watch this video to learn more about the email enhancements coming with the April 2021 release of Microsoft Dynamics 365 Business Central. Contact us for a personalized demo: https://bit.ly/32ChDNg. 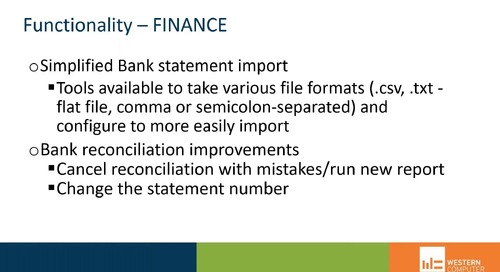 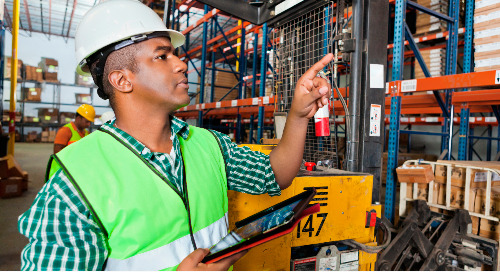 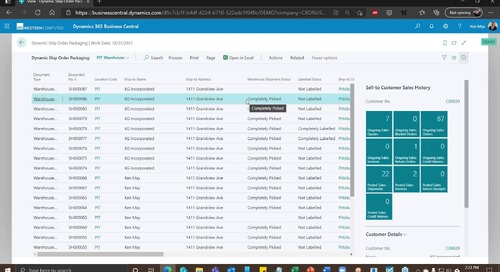 37:04
How to Optimize Shipping in Dynamics 365 Business Central
Watch Video 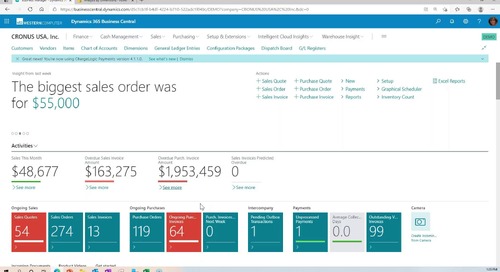 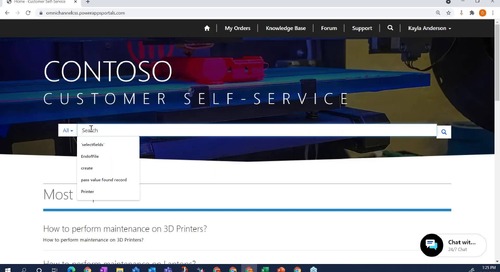 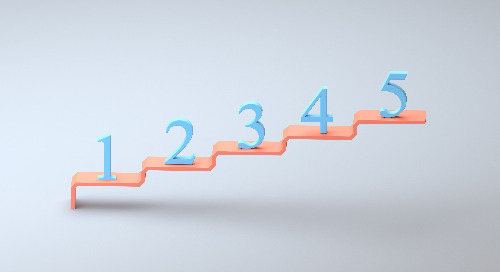 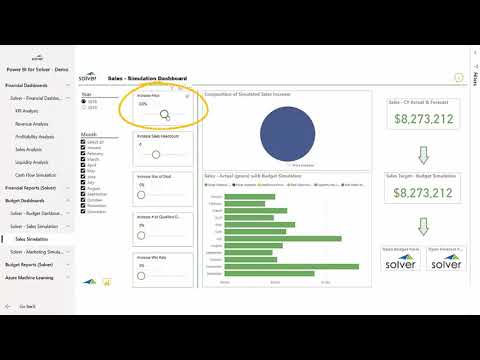 Watch this video to learn about budget and forecast input and adjustments from Solver. Contact us for a personalized demo: https://bit.ly/32ChDNg. CALL: (805) 261-2268 VISIT: https://www.westerncom 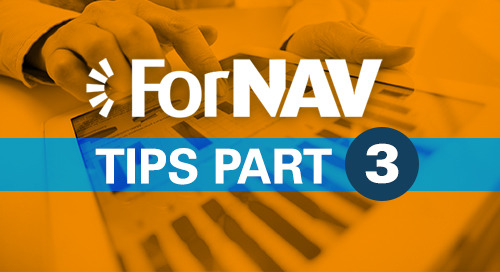 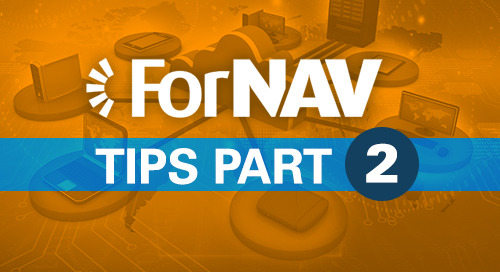 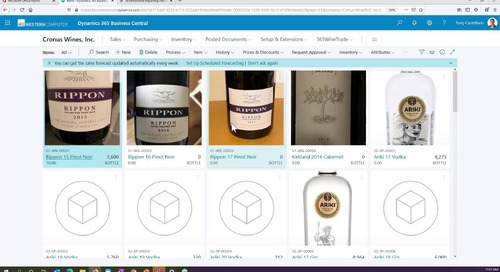 5 Reasons Your Microsoft Support Partner Should Know Your Industry

Does your Microsoft support partner have the industry expertise you need? Learn 5 reasons why it’s so critical and how Western Computer helps. 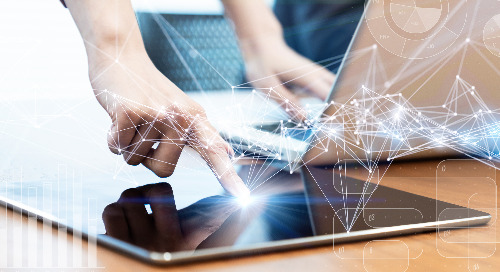 Reimagine Your Workplace with ADP and Dynamics 365
Learn More 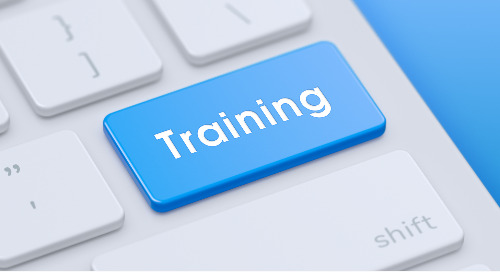 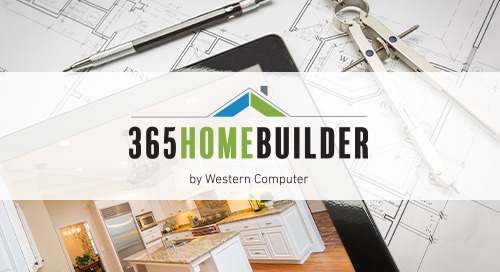 Home Builder Webinars: Learn How to Accelerate Jobs and Profitability with 365HomeBuilder

Home Builder Webinars: Learn how to optimize your jobs, increase your profitability and stay competitive with 365HomeBuilder. 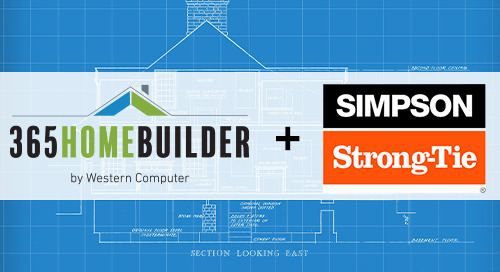 Advantages of 365HomeBuilder and Pipeline Partnership

Learn exclusive advantages of the 365HomeBuilder and Pipeline partnership, two of the most trusted names in home building construction software. 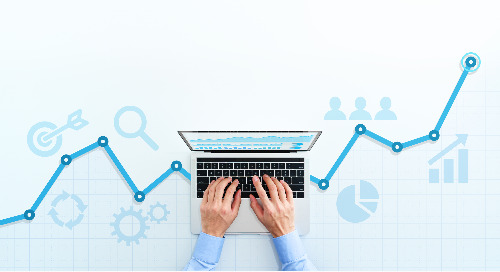 3 Common Power BI Implementation Challenges (and How to Solve Them)

Excited to implement Power BI? Here are 3 common challenges and how to solve them. 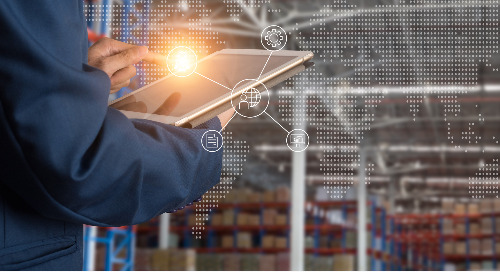 Power Platform for Distributors: How Any User Can Automate Daily Tasks
Learn More 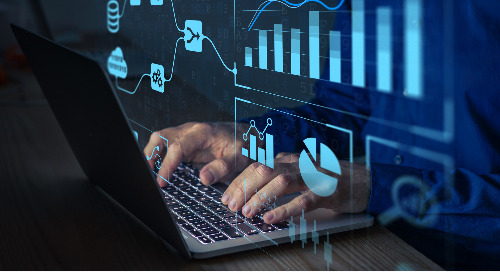 4 Steps to Prepare Your Database for Power BI